What Effect Does Group Coaching Have on 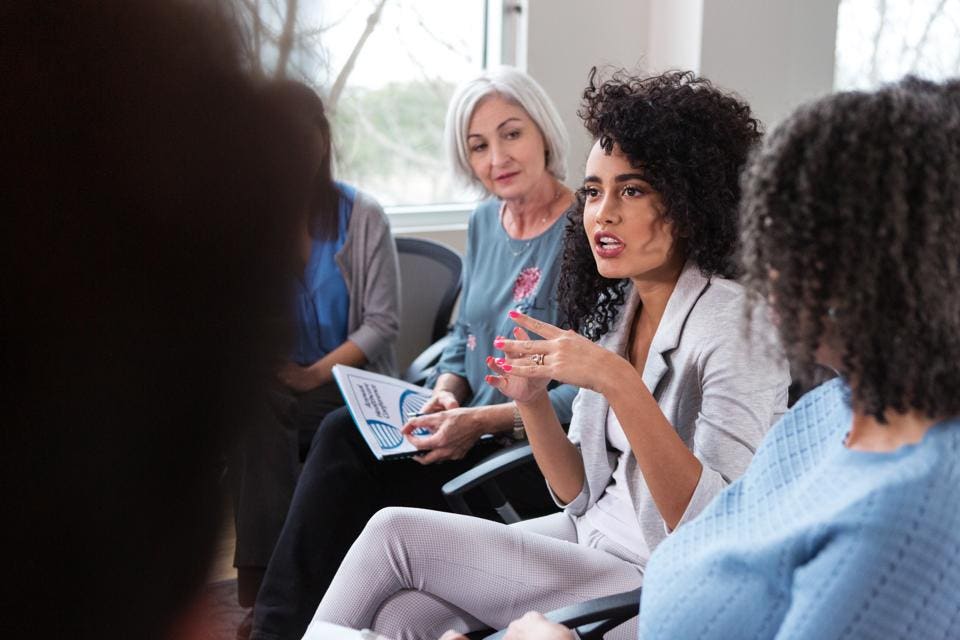 In this article, we’ll look at the effects of group coaching and how that impacted the development… [+]

‘Feeling I’m Not Alone’  –  Over half of the participants in the study shared that the group coaching experience left them with the realization that they weren’t alone. Hearing other female leaders in similar positions share their experiences, challenges, feelings, thoughts, and ways of looking at the world appeared to help normalize the experiences of others. The sharing in this way appeared to help highlight a collective nature to what was being shared and led to a feeling of connectedness to one another. One participant shared that she went from assuming she was facing things no one else was/had to, to hearing about what others had faced. This normalization led to her feeling that things were “more manageable”.

Feeling Connected To The Group – Group coaching appeared to facilitate the development of connections between colleagues who worked together within the coaching space. The participants who experienced this referred to it as being positive and helpful. The relationships built within the group coaching transferred outside of this specific context and into the workplace. It impacted how colleagues related to one another in their day job and supported them in listening to one an others positions within discussions. However, not all participants had this experience as some felt they connected with the coaches – both during individual coaching and group coaching – but not with the group. This perhaps highlights that group coaching may not be beneficial to everyone. The researcher also notes that those who weren’t benefiting as much from group coaching may have excluded themselves from reporting back on it by missing the group sessions. Because of this, it’s worth remembering that the picture we have of group coaching may not be entirely complete.

Giving Back – Group and individual coaching together led to some of the participants leaving with a desire to give back to others as a result of their involvement with the process. Some wanted to go on and develop their own coaching skills and for others, they reported using elements of the overall coaching initiative in running development sessions for women in their work remit.